I just learned that one of my favorite writers is dying, cancer and apparently late-stage. Iain Banks – or Iain M. Banks for fans of his science fiction novels – has had an unusual and sparkling career. Mr. Banks has produced some wonderful mainstream fiction (whatever the hell ‘mainstream’ means) but is probably best known for his Culture novels, a science fiction universe filled with high-tech gadgetry, love and, most importantly, humor. 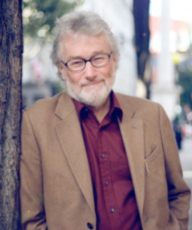 I discovered Banks by accident. I hadn’t read a science fiction novel in decades when one day walking through Barnes and Noble I spied the cover to his most recent work – ‘Matter’ – on the bottom shelf of the newest science fiction releases. It was only available in hardback and I can’t even remember what motivated me to purchase it. As shallow as it sounds, it was the cover that intrigued me, but something about the story and the characters eventually drew me in and made me a frequent visitor to the Culture universe.

So I discovered the universe of the Culture well into its literary life. At least seven other novels came before ‘Matter’. Fortunately for me, each book works well as a stand-alone novel. From there I went back and devoured each book in the order they were published. The Culture universe has never failed to amaze, entertain and inform me. The books are also inspirational to those of us who are admiring of a finely crafted story.

Banks’ other (mainstream) novels are equally compelling. My favorite has always been ‘The Wasp Factory’, his first, which probably says loads about me. I dare you to read it. It’s a depraved, violent and intense book, and impossible to put down. It was at once dismissed as too controversial and lauded as a masterpiece. It has even found its way onto some ‘Best 100 Novels of the 20th Century’ lists. As a first novel I’m sure it shocked a lot of people.

Still, I always come back to the Culture. Angst-filled drones, ships with names that boggle the mind, and minds in search of something greater than their ai-selves, what’s not to love! Thanks, Mr. Banks, for letting us all into your universe – and for giving us a little Culture along the way.