Colonel Mustard With A Candle Stick

William Feathers once said: “Beware of the person who can't be bothered by details.”

Dig deeply into any work of art, any novel of note, and amongst its mountain of details you will find its excellence. Broad ideas, bold strokes, and colorful images are the signal posts of our world and how we navigate it, 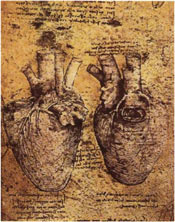 but it is only in the details that we can truly see its beauty.

Design is no different than any other endeavor. No matter the apparent simplicity of the work, there are always an array of complicit details that make it shine. A professional designer is aware of this and strives with every project to focus on the little things that separate the ordinary from the extraordinary, the competent from the effective.

In building a website too often the ultimate focus is on appearance. But if the underlying structure and thought that goes into it is flawed or lacking the end result will reflect this. As web designers - for most of our clients - we are generalists. We are expected to define the user experience, to tell a compelling graphical story to the target audience, to write copy that is succinct and engaging, and we are expected to meet web standards and deliver a product that is optimized for search engines from the ground up. The more professional we are the more we pay attention to each of these details.

History teaches us many things about great art and artists. One of the greatest - Leonardo DaVinci - is a marvelous example. DaVinci was more than an artist. Quite probably he was one of the greatest inventors and scientists that has ever lived. Unfortunately for all, he lived in a time when the church was just beginning to lose its control on all aspects of daily life, and science, of any kind, was more often than not deemed heresy. DaVinci never published his groundbreaking theories and findings. They only survived in his notebooks.

Still, DaVinci's attention to detail is enlightening. Leonardo DaVinci dissected human cadavers to learn how the body worked in order to draw it better. Some of his drawings are still used in today's medical texts. He conducted experiments on the flow of water in order to better draw and paint it. DaVinci observed that the color of the sky was in part due to light refracting through moisture in the atmosphere.

Another of DaVinci's studies was so groundbreaking that it would take over 400 years to prove him correct. Some time around 1500AD DaVinci wrote and drew in explicit detail the method for flight in birds. He detailed the movement of the wings, the role of feathers and how the bird created lift in order to take flight. It wasn't until the slow motion movie camera was invented - 400 years later! - that his observations were proven correct.

Is it any wonder when we look at the Mona Lisa we see so much more than paint on canvas? This work, and others from DaVinci, are held in the reverence they are today because of the attention to detail the master displayed.

Each of us has the power to understand the importance of detail and to apply it to our work, regardless of the profession. My daughter is a whiz at karate. In testing for a new belt she is required to perform a Kata - an individual routine that is performed in front of everyone and judged and graded.

At Madison's testing to become a blue belt (she was 7 years old) she was the last to perform her Kata out of nearly 50 kids. The kids ranged from 5 to 16 years old, and they were testing at several levels and belts. Some stood out from the others, as expected. But when my daughter took the floor, bowed and then began her routine I was awestruck. This tiny 7 year old was incredibly precise and perfectly balanced. Each movement was crisp and balanced. There was no wasted movement, no bobbles or slight shifts. Each movement had been broken down, dissected and re-assembled in perfect harmony.

I sat there in the gym, one amongst a couple of hundred proud parents and onlookers. Certainly, I thought, they believed the same of their child as I did of mine. I was certain that I was just being a 'Little League' dad. But when the testing finished one parent after another approached me to tell me how incredible my daughter had been. Other people had noticed too. I wasn't being just an overly proud parent.

Walking out of the gym I asked my daughter, "What is karate?"

She looked at me and said, "It's discipline and control."

To exert that sort of discipline and control you have to break down each movement to its smallest detail. Madison had spent hours on her own practicing in her room and in the basement, making certain that each detail was correct.

So much of the details are like a puzzle - fitted together to create the perfect piece of art. In the game of 'Clue' you know that Colonel Mustard did it in the library with a candlestick because along the way you gathered the clues that painted a larger picture. The solution is in the details. Get one of them wrong and you miss solving the puzzle.

We often hear it said that design is communication. Communication takes place on many levels and in many ways. If we are to communicate effectively in design we have to attend to the details. Site structure, meta data, user interface and the target audience, the number of clicks to access important information - all are integral to communicating effectively with our work. All of them - and more - bring home the statement: the design is in the details.