Some things are so indelibly etched into our framework of electrical impulses, DNA encoding, and sweat and dreams that we rarely question their rationality, let alone their existence. There are times, however, 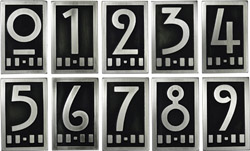 when a psychic knock on the head causes us to stop and look at things anew, to re-focus and examine that which was before seen as a given.

Ms. E. has a way of spinning even the most remote of concepts and situations into our daily lives as if they had always been there, as if they were part of the natural order of things. In fact, she is so adept at this prestidigitation that I have at times incorrectly assumed them to be part of nature's laws.

Okay, you ask, what in the hell are you talking about, all of this magic and DNA hocus pocus?

Here it is, then. Brace yourself men. Like secret societies whose work and influence only becomes obvious once you’ve learned of their existence, this will seem no less astounding for its simplicity.

Pythagoras is the father of geometry, Newton sired calculus, and Einstein the author of quantum mechanics, but there can be no doubt that somewhere in the not-too-distant history of the human species there was a woman - a criminal, to be sure - who conceived of Imaginary Numbers. Bombelli may have first defined Imaginary Numbers, but he was a latecomer to the scene. And Bombelli got a lot of it wrong. He missed a whole and important subset of Imaginary Numbers, a subset managed and developed by women for decades before and since Bombelli's inspiration. Women have their own system of calculation. For centuries they have smirked to themselves over the male inability to understand them, and, undoubtedly, used them to their benefit since the very beginnings of the marketplace economy. Each detail has been studied and polished and fine-tuned. This sub-discipline of Imaginary Numbers that is managed by those with a double-X chromosome is known as Female Math.

We are perusing the shops in the Paris Hotel in Las Vegas. The moment we enter a very French women’s dress shop I know that I am in trouble, something is in the air, a certain je ne sais quoi. There is something about the place, the beautiful colors and designs on rich fabrics, and the friendly and assertive manager, Anna Marie. That, and the fact that I am the only male to be seen amongst several women.

"You like to see her in a beautiful dress and happy, don't you? You wouldn't be here," says Anna Marie, "if you didn’t."

I smile as Ms. E. walks out of the changing room. "We're also," she says, "going on a cruise in a couple of weeks."

"No, honey, not that dress," says Anna Marie, "that material is all wrong for you. Let me show you."

The Reunion Island ex-patriot knew her stuff on several levels. She walked to a dress that I had admired a few minutes before, beautiful teals, blues, and reds, and a flowing scarf.

"This one," she said to Ms. E., "see, the material will flow over your curves much nicer. Try this one on, dear. This will look beautiful on that cruise."

A few moments later a glowing Ms. E. emerged from the changing room and it was clear that Anna Marie truly was on top of her game. The dress was made for the woman wearing it and I was hooked.

"There is a big sale on that dress, forty percent off the regular price," said Anna Marie as I pulled out my wallet.

That's when the full weight of it hit me, that psychic jolt that opens the door to a moment of sublime clarity. I never intended to walk into the shop. I never intended to buy a dress for the lovely Ms. E. And I certainly never intended to spend the kind of money I was spending (twice as much as the original dress she tried on, even on sale). No, I hadn't intended to purchase anything. Now, as on countless other occasions, I was saving money.

Don't for a moment think any man is immune to this. How many times has the door burst open with a smiling woman toting handfuls of bags and proclaiming: "You aren’t going to believe how much money I saved!"

(And you know, before the monetary system was employed, there were countless women that could be heard saying: "But it's only one day in the fields and you can have this beautiful pottery to eat off of – forever!")

But that's the beauty of Female Math. It's never about the money spent. It's about the money that could have been spent, but wasn't. Always in her mind was there a foregone conclusion that purchases would be made, even if they were unplanned. In this respect, a woman can be said to be very Michelangelo-like. You remember the sculptor's axiom: "Every block of stone has a statue inside it and it is the task of the sculptor to discover it."

So this revelation hits me like a hammer on the head and – seeing instantly how it has invaded all parts of our lives – I try to call her on it.

But they are quick, Anna Marie and Ms. E., and they see it coming. They smile, both of them, and Anna Marie quickly says, "You know how beautiful she looks. You want to make her happy and see her looking so beautiful, don't you?"

Ms. E. is more direct, more brazen. She simply says, "It's all about me. It's always about me." In their laughter are echoes from centuries gone by, from co-conspirators born generations ago.

And just like that the grand conspiracy is dismissed, the status quo maintained. Female Math, based on the most imaginary of numbers, is granted the status of accepted fact. In spite of my meager protestations, the silliness of my beliefs is laughed off and the grand delusion marches on.