Purple Hearted Man is on sale at Amazon and Barnes and Noble in digital format. This is a chance to get the book at a discounted price—$.99! 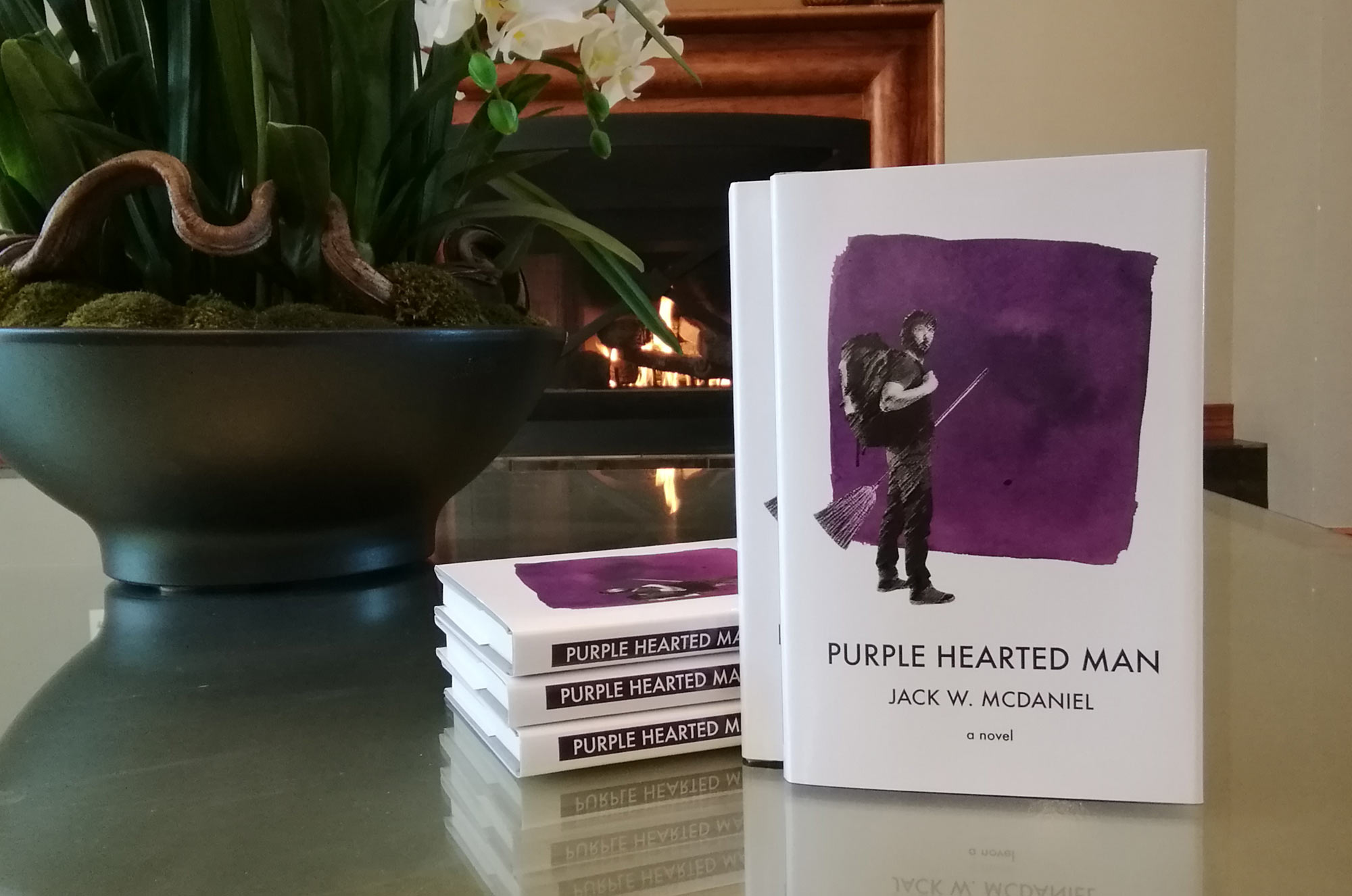 Purple is crazy, but he may be the most sane person in the world.

From the Jeffrey Keeten Review

As I was reading this book, I kept thinking about Siddhartha by Hermann Hesse, which I read, frankly, another lifetime ago. There is a fairy tale aspect to the way this book is presented that allows Jack McDaniel to talk about serious issues without coming across as moralizing. Purple just wants us all to take a step back and consider that all the things we find to be most important are actually fabricated constructs that should be treated with skepticism instead of veneration."

I’m in the process of rebuilding my vision of the world, and it is a painful process, but it is so refreshing to peel away the veil of colorfully packaged lies. If I ever get lost, I can revisit Purple. Maybe I can sweep some sidewalks with him and steal some of his magic."
READ THE FULL REVIEW

Paula Friedman Review
(Paula is the author of The Change Chronicles)

I quickly recognized it would be a very hard task to find a novel comparable to Jack McDaniel’s new—and awesome—Purple Hearted Man. Only the classic 1970s protest film Oh Lucky Man! and the much-admired 1960s novels I Never Promised You a Rose Garden and One Flew Over the Cuckoo’s Nest approach McDaniel’s blending of deeply felt social protest, a protagonist whose viewpoint, though occasionally surreal, speaks to and for the reader, and gripping narrative momentum."

You can find Paula's review on Goodreads