One of the reasons the sapient rift could be so difficult to cross is how quickly intelligent life advances in terms of its technological prowess. It is difficult to imagine any intelligent civilization progressing slowly. Curiosity fuels intelligence.

I love science fiction, always have. Television shows, movies and, especially, books have been a staple part of my diet since I used to sit in my underwear watching Batman & Robin, The Green Hornet and Star Trek on my parents' black and white Zenith television.

Ever since I discovered sci-fi I have been enamored with the unlimited possibilities I saw out there – “where no man has gone before.” The stars and the greater universe made me curious about a lot of things. I suppose at some point most of us ask the question “are we alone”? The odds seem to be in the favor of “no, we aren’t”. There are billions of galaxies containing billions of stars and billions upon billions of habitable planets. Given those numbers life can’t be so uncommon as to make our presence upon the universal stage singular. What a tragedy that would be! ... more »

No, You May Not Punch Some Girl In The Face

When it comes to parenting I’m like most guys with a teenage daughter: clueless and making stuff up as I go along. Any guy claiming otherwise is full of it.

Junior Prom has come and gone, which was mostly uneventful, but quite costly. That’s okay. As any father will tell you, once your daughter becomes a teenager you turn into a 24 hour ATM. Currency equals love. That’s why some of us with lots of greenbacks go for younger women when we age. It’s learned behavior. ... more »

I sometimes wonder if the notebooks forced certain habits upon me, or if I use them because they lend themselves nicely to the way I do things.

In a kitchen closet is a box containing 30 notebooks, give or take a few. There are a couple more notebooks at my office. Then, there is my current notebook, a soft cover large Moleskine, sitting on the kitchen counter. They vary in style and sometimes purpose, especially the older ones. There are spiral ring-bound notebooks with college ruled paper. A few of them are hard backed with heavier paper. I almost never think about them. They are an extension of me, taken for granted and never questioned. ... more »

Everywhere we go there we are. We have surrendered our uniqueness for convenience and conformity

I miss our straight-forward approach to solving big problems. I miss the willingness to tackle those problems without agendas or motives, simply because they existed and needed solving and who better than us to provide the solution. ... more »

The Obstacles In Our Way

Navigating the crooked path to truth and honesty

We have entered an era where “proofiness” trumps all. The statement “I believe …” coming from anyone causes us to stop in our tracks and give added weight to any explanation. It’s as if the belief in something – anything – is more important than the veracity of what the person actually believes. Sarah Palin can say on national television (with a straight face!) and no one in the media even questions her competency to be before a microphone: "Go back to what our founders and our founding documents meant – they're quite clear – that we would create law based on the God of the bible and the Ten Commandments.” Somehow, questioning the idiocy of her “belief” is off-limits, so no one in the media does, and this lends more credence to her statement with the listening and watching public, blurring lines between fact and folly. ... more »

Obamacare Is Taking Our Guns!

For some people the depths of their fear cannot be measured. Fear of 'Them', of the government, of 'turrurists', of losing their rights. Fear, Fear, FEAR! How they live like this I cannot imagine. ... more »

Of all of the adults in the U.S. only 33 percent believe humans have always existed in our current form (no evolution)

There are those who scoff at science and, in particular, evolution. They often argue with a visceral madness that God created them as they are, that there is no damned way we can count chimps as a relative, distant or otherwise.

Of Evangelical Protestants in the United States, 64 percent believe God made man as he is today. Fifty percent of those claiming allegiance to the republican party believe this, according to a recent PEW study ... more »

Antidepressants and the American Zombification

35 million people in the U.S. take antidepressants. One in four women over 40 are on them

I get bored quickly. I have ADD – and when it comes to numbers I have a serious case of OCD. Occasionally, I wish people away by completely ignoring them, not in spite, mind you. I just don’t want to be bothered. I have things on my mind – scratching to get out – and stuff to accomplish, however trivial, thank you very much. Yes, my anti-social tendencies can be annoying to some and I am aware that I have the patience of a claustrophobic man trapped in a dumbwaiter. Whatever. If I’m comfortable with it then you will have to be too. I see no need to change. ... more »

Here’s another observation since I’m on a roll and trying to see life as this guy. He’s the guy everyone told me I should be.

Against my better judgement I agreed to set up some sort of booth at a local leadership conference. My opinion of these things is pretty low, having been forced in the past to attend a few. I can tell you leadership conferences are generally attended by people following orders to attend and hoping to escape their cubicle confines for a day or two. At best attendees can be found on the sub-mid-level management rosters of many Fortune 100,000 companies. At worst they are unemployed and thinking of ... more »

A Conversation With Generation Text

"You know," I said, "in the 1950s and early 60s this thing called rock-n-roll was invented. Christian fundamentalists called it the Devil’s music."

"You don’t understand. My generation is fucked up, and not just a little bit!”

"The same has been said about every generation," I replied, smiling. “Quit cursing.”

“Really, so in your generation were fourteen year old girls stealing their mother’s cars and driving around like idiots? Were fifteen year olds dropping acid or getting high in the back of the classroom? Were twelve year olds having sex and getting STDs?” she asked, indignant, with a frown on her face. She was looking around the food court at the local mall, shaking her head at the horrors she saw, there and in her memories. ... more »

The Resurrection Of Wheat Field Jesus

Freedom, with all of its warts and foul odors and uncomfortable postures, can only be measured by the ability of the least amongst us to be heard

Wheat Field Jesus was crouched down along the side of Main Street, also known as interstate 70. It was, in fact, western Kansas – near the edge of Russell County. Wheat Field Jesus was peering over the tops of wheat stalks and wearily watching over Kansans in their pick–up trucks and Chevy Malibus. ... more »

The Haunting of 26th 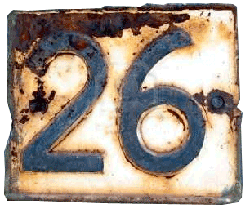 I can tell you that in 1976 I hit .427 for Norwood Sorrentos Baseball Club and that I didn’t commit a single error that season in center field. That same season Bob Crable, the former Notre Dame All-America and New York Jet stand out, embedded the number 500 in my head. At the time, Crable was playing for the Midland Cardinals baseball team in Cincinnati. He hit a ball so hard that by the time I chased it down and picked it up he was crossing home plate. The field we were playing on didn’t have a home-run fence. Crable didn’t need one. That ball traveled at least 500 feet before hitting a tree and coming to rest. It was too far to throw it back to the infield so I threw it to the kid in left field. As a number, I have nothing against 500. As a memory, 500 tastes like bile. ... more »

Yes, Eddie Van Halen was cool, emphasis on was. High school was not the pinnacle of my time on planet earth. If it was yours, well, sorry. Really, move on

I’m not the sort to be overly sentimental. And, truth be told, I tend to count amongst the living-dead those not yet retired who frequently reminisce about days gone by, especially high school days. Relishing past glories too often is to give up on present aspirations and celebrations. It’s kind of like listening to classic rock from back in the day and nothing else. Look, Dude, try some Jimmy Eat World or Linkin Park. Yes, Eddie Van Halen was cool, emphasis on was. High school was not the pinnacle of my time on planet earth. If it was yours, well, sorry. Really, move on.

Thomas Wolfe exposed the reality that most of us face at some point in our lives, that you can’t go home again. Change, the animating factor in life, turns the most rose-coloured glasses another color, or dark, depending upon your experience when returning to the home of your youth. ... more »

Stop That Train! The Little Bear

The truth is the Little Bear is still at the forefront of live music because it is a living history. Every week each act adds to its lore and contributes to its spirit. Some acts are better than others. Some go on to bigger things while others fade away. But taking the stage under the light of so much history forces the best out of them. In this way, the Little Bear feeds on itself, on its own energy and history, and on the expectations of those in attendance

The truth is the Little Bear is still at the forefront of live music because it is a living history. Every week each act adds to its lore and contributes to its spirit. Some acts are better than others. Some go on to bigger things while others fade away. But taking the stage under the light of so much history forces the best out of them. In this way, the Little Bear feeds on itself, on its own energy and history, and on the expectations of those in attendance ... more »

Every Dog Has His Day

My daughter, smart though she may be, is like all teenagers: omniscient of all things life and indignant towards her elders (that would be me). She is not singular in this affliction, of course. 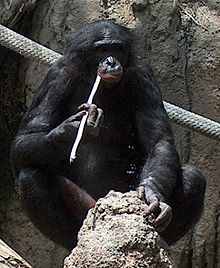 My daughter, smart though she may be, is like all teenagers: omniscient of all things life and indignant towards her elders (that would be me). She is not singular in this affliction, of course. All teenagers since the opposable thumb evolved have been know-it-alls, myself excepted — I swear!

Lately she has taken to posting on Facebook bits of parenting knowledge she wishes those of us with inferior DNA would acquire. And today I logged into the site to find this ... more »