He has to be the poster child for his generation, gracefully moving about the stage like someone half his age. In fact, from a distance – like the balcony at the Buell Theatre in Denver, Colorado – he appears to be half his age. His graying hair, from the cheap seats, anyway, looks like it was manufactured by the gang in make-up (he's too young to be grey, isn't he?). His voice is still strong and clear and fills the theatre. On this night he is Dr. Doolittle, the monkey-chatting, snake-smacking chap from days gone by. Otherwise, he is known as Tommy Tune, American theatre icon. 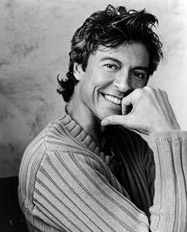 The show itself is only somewhat entertaining – to me anyway. The music is wonderful, the lyrics crisp and witty, and the choreography is fun and energetic, but the remainder of the story is lacking. I am not the best judge of the show's effectiveness, however, and this night isn't for me. Miss Madison, I notice throughout the night, is on the edge of her chair for a good portion of the evening. She loves it all, the talking animals, the dancing and singing, Monkey Monkey Island and, most especially, the night's star.

Later Mr. Tune will sign autographs in the main hall in front of the theatre. Madison will stand in line and we will buy a piece of art that Tommy Tune has created. Eventually it will hang in Madison's room as a reminder of the time she met the star.

And it is a reminder to me of the first time she said, "I want to be on Broadway." It was right after the show.

Some things stay with us, even if they evolve over the years. At the time I couldn't have known that Madison would say one day five years after meeting Tommy Tune, "I want to perform on Broadway, write poetry and travel essays, and live on a ranch in Montana and ride horses."

They can seem like dreams, visions. But the kid has a way of making them happen. It has been five years since we met Tommy Tune. In a few weeks Madison will play Annie in a local theatre production.

And the phone rang a few days ago. "Dad, I just finished baby-sitting and I have enough money to buy my helmet and riding boots. If I give you the money can you order them?"

"Sure. But where are you going to ride?

"I don’t know. Abbey has horses. Maybe some with her. I'll figure something out."

"Dad, you aren’t going to believe this! I looked out in the back yard and there was a horse there. So I went out and visited with him. Then this lady came up all out of breath looking for her horse. She said the horse hasn't been friendly to anyone. But he is with me. And you're not going to believe this! She has a couple of horses and she said if I help brush and take care of them I can ride as much as I want! Isn't that great?"

Some people just have a knack for making things happen. They tell the universe what they want and the universe answers them. Madison seems to be one of them.

Now I sit here writing this a few months later and thinking that one day I'd like to hear her say, "Got to go, Dad. I have to get the horses in and get to the airport. Rehearsals start in two days. Call you from New York."

One day. Not now. Later, when she’s grown.