Chris Hadfield just completed something that only a handful of men and women have ever done. He spent five months in space on the International Space Station (ISS). Hadfield did more than just take his work to edge of our world for a few months. He packed his guitar along for the ride and while on the space station gave an amazing rendition of David Bowie’s "Space Oddity". 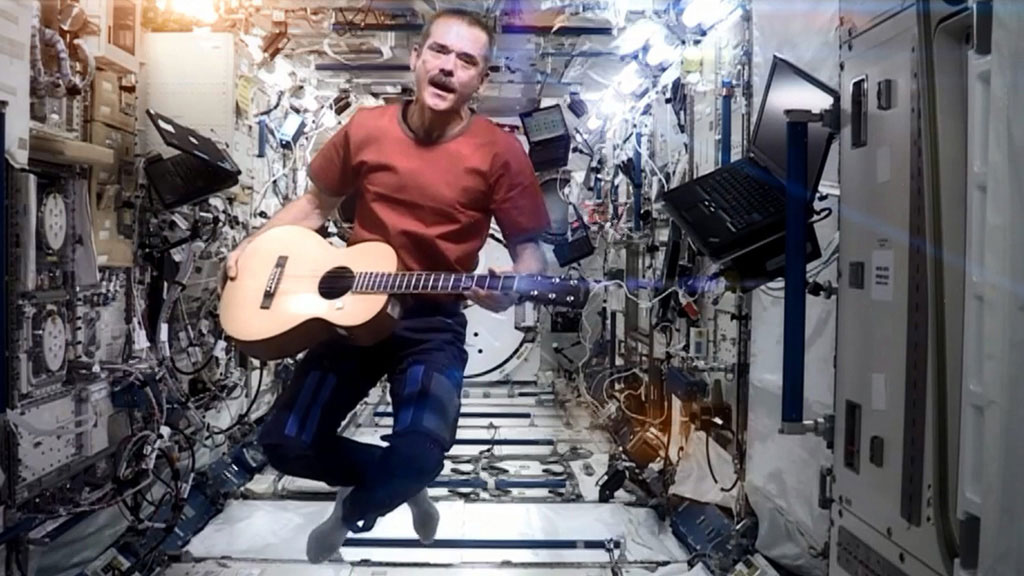 And there he was, a Canadian astronaut playing a weightless guitar in weightless space and singing a song with copious amounts of gravity within its verses.

I grew up with David Bowie. He was on the radio, in magazines and discussed at length. He may have been quirky for the day, and some of his music tested the limits of convention for the '60s and '70s, but much of what he produced was dead-on accurate in describing the human condition, "Space Oddity" included.

For me, "Space Oddity" always had a singularity to it, a peculiar isolation and loneliness that resonated in Bowie's voice, lyrics and the situation the song described. It has never seemed a sad or tragic loneliness. It felt as if it were something we all owned, like an ability to step outside of ourselves and our species and just observe. In fact, I find there is a sense of contentment there that each of us can find in life itself, a calm, like the space it describes.

The International Space Station is approximately 250 miles above the earth, orbiting the planet almost sixteen times a day. Hadfield’s version of "Space Oddity" gives me the same impression I have always felt from Bowie's song – that no matter how connected we are to one another we are still uniquely alone. Except with Hadfield he really is in a tin can far above the earth and the sense of isolation feels real, palpable.

Upon returning to earth Hadfield said he never felt more connected to people and the earth than in his five months aboard the ISS. Which is the way of things, isn’t it. At the time when we are most removed – when miles and continents and space separate us – we feel the most connected to each other and our kind.

I think I know what he meant. Alex Gross, who lives in Aspen, Colorado, was once a client of mine. Al is one of the most interesting men I've ever met. Today he is known for starting Aspen’s Sneaker Ball in the mid 1980s. But Al was instrumental in putting Neil Armstrong and Buzz Aldrin on the moon. He became the lead engineer of the team that created the first suit that walked the surface of the moon.

When visiting with Al he rummaged through an old box and pulled out a piece of that suit. That piece contained the NASA logo and the signatures and thanks of Armstrong and Aldrin. It is a very strange feeling holding that sort of history in your hands. There is an immensity that hits you that can't be described. Somewhere in that avalanche of emotion, I suspect, is the same thing that Hadfield described.

Bowie's song ends a bit differently than Chris Hadfield's story, thankfully. But we can all find calm, clarity of purpose and appreciation in this sort of isolation. We can all see humanity in a different and perhaps more compassionate light from this perspective.