The Elephant Man of Loxahatchee

At some point during the day I had to stop and say to myself, “Jack Nicklaus is playing in the group in front of me.” No matter that my drive had sailed away to the right and landed behind a tree, leaving me with little hope of advancing the ball forward, let alone to the green. 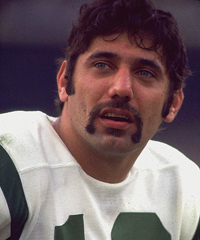 irrelevant, except that everyone I knew was working 1400 miles away to make a buck and suffering through a mid-west winter day. But the man playing in front of me three years earlier had completed, arguably, one of the most amazing feats in sport history. He won the Master’s at age 48 – and in dramatic fashion, too.

The round of golf went on. In the end, the course had won the day. I was too young to get the best of it, too emotional and lacking in perspective. The great man was sitting in the club house when we finished. The others in my foursome were excited and went to take a seat. But I didn’t really feel the need. I didn’t feel any sort of connection. I decided to head downstairs to the locker room to freshen up.

I washed my face and hands and sat down on the bench between lockers with a towel to dry off and recover a bit. A moment later a man sat down next to me. I didn’t look up. I only glanced to my right at one of the most horrific sights I had ever seen. His lower legs and thighs looked like twigs, small, thin and weak. His knees belonged to the Elephant Man, or some relation of him. They were all mottled and scarred and at least three times the size they should have been. I tried to imagine the pain and daily grind that he went through. More than that I tried to imagine the journey necessary to get to where this guy was, in the club house after a round of golf.

"Hot out there today, wasn’t it," he said in this silky drawl that identified him immediately. Without looking up I knew I was sitting next to Joe Namath.

"No complaints about that from me. I’m sure it’s cold back in Ohio," I glanced at him and smiled.

"The way I look at is, any day on the golf course is a good one."

We talked for five minutes, just two guys sitting on a bench after a round of golf. I forgot that this was the guy who won the first Super Bowl for the old AFL, who guaranteed his team would win and then backed it up on the field. I never considered the icon. There wasn’t a need. He was just Joe, a middle aged guy who had enjoyed his round of golf.

But when I glanced at his knees I realized the incredible desire and effort that must have been present in him. Everyday he would pull himself together and find a way to fight through pain and discomfort to lead a band of men on an impossible quest. He was the star, the panty hosed-hero with a winning smile. He was the Playboy icon. He was Broadway Joe.

In his prime knee surgery was in its infancy. The surgeons of his day were not masters of art and precision. Their tools and experience were extremely limited. No one had a knee scoped. You didn’t have an area cleaned up and return to practice in a few weeks. You had surgery, serious surgery with massive cuts using stone-age tools and knowledge. Okay, not quite, but you get the picture. Surgery was hell. Knee surgery was worse.

Namath was the star, the icon, but there was no chance that it all came easy. Broadway Joe suffered with every ball he threw. Sitting there in the club house at Loxahatchee and looking at his knees I was certain of this. As I listened to him speak of the course and the local area I found a new appreciation for his efforts and accomplishments. In a simple five minute conversation Broadway Joe defined commitment and desire.

"I will, thanks. Enjoy yourself. It was nice talking with you, Joe."

I walked up the stairs to join my friends. "You missed it!" Dave P. said. "Jack was right here. The Bear, man!"

"Yeah," I said. "We were both washing up in the locker room and had a chat."

"No, something much better."

"Perspective?" Dave repeated in a deadpan I-can’t-believe-you-just-said-that sort of way.

"And appreciation," I said.