sapient :: wise, or attempting to appear wise
rift :: a crack, split or break in something 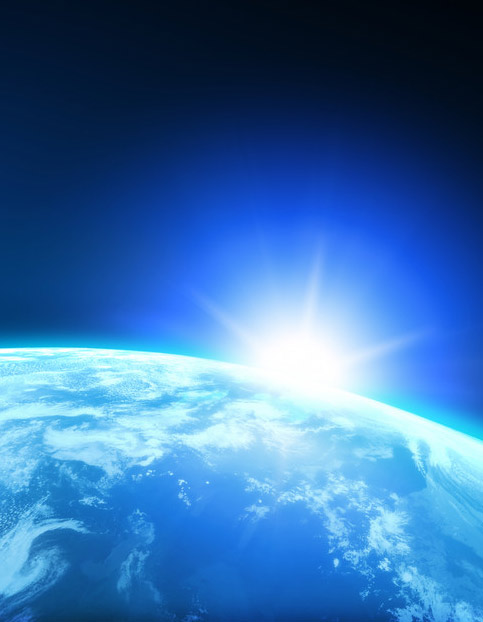 I love science fiction, always have. Television shows, movies and, especially, books have been a staple part of my diet since I used to sit in my underwear watching Batman & Robin, The Green Hornet and Star Trek on my parents' black and white Zenith television.

Ever since I discovered sci-fi I have been enamored with the unlimited possibilities I saw out there – “where no man has gone before.” The stars and the greater universe made me curious about a lot of things. I suppose at some point most of us ask the question “are we alone"? The odds seem to be in the favor of “no, we aren’t”. There are billions of galaxies containing billions of stars and billions upon billions of habitable planets. Given those numbers life can’t be so uncommon as to make our presence upon the universal stage singular. What a tragedy that would be!

The Drake equation1 estimates somewhere in the neighborhood of 1,000 to 12,000 civilizations in the Milky Way alone. That doesn’t include planets with life where civilizations haven’t evolved, which should be far greater in number.

If life isn’t uncommon then the principles of evolution – that more complex forms of life evolve from simpler forms – would seem likely to apply everywhere. Environment creates opportunity. And if this planet is any indication, we know that life – once it has a foothold – is the ultimate opportunist. Admittedly, given the lack of other-worldly evidence this is so much conjecture. But it doesn’t seem a great leap in a universe as ordered and consistent as ours.

The interesting and vital thing in all of this is what happens when a life-form – like man – reaches the point where it controls its environment and the other species on its planet. At some point all intelligent life has to reach this point – this sapient rift – where they are capable of both nurturing their environment and resources or destroying them. This sapient rift seems to be a pivotal juncture for intelligent life. A species-wide do-or-die moment. In order to survive this rift, the intelligent life-form must take care of its life sustaining planet. It can’t simply ignore all of the signs and pollute its environment and deplete its resources. If it does it is at its own peril, which most likely means its extinction.

I can see four major areas that would keep a species from crossing the Sapient Rift: resource depletion, environmental damage, war from dogmatic patriotism amongst nation-states or like groups, and war from religious intolerance. These are all self-induced where the species is the cause of there own doom. Of course, there may have been many species that have died out because of natural disasters, like a comet impacting a planet, or solar flares that send enough radiation to destroy most of life within the solar system’s habitable zone.

One of the reasons the sapient rift could be so difficult to cross is how quickly intelligent life advances in terms of its technological prowess. It is difficult to imagine any intelligent civilization progressing slowly. Curiosity fuels intelligence. Certainly there will be conservative factions working to hold back advancements in any civilization, though not necessarily out of wisdom or the desire to preserve their environment. Our own history shows how rapidly intelligent life can advance in knowledge and capability. The first powered flight, for example, didn’t take place until late 1903. Less than 70 years later we had landed a man on the moon. That is an enormous leap in a short amount of time.

The question is can our level of wisdom regarding our responsibility to the future (to our species) catch up with our technological advancements. This must be the same question that all intelligent civilizations encounter everywhere in the universe. In their zeal to become more and to accomplish more can they see the necessity for preserving their environment and coming to grips with their societal differences.

We all understand our capacity to make earth inhospitable to human life through war. We are only a few steps away from this at any point in time. Given our societal, cultural, and religious differences we are required to maintain a degree of wisdom and tolerance we haven’t had to exhibit before. That is another big leap. But that leap is no greater or demanding than the need to preserve our planet and its resources.

We are the only creature in the history of the planet capable of changing the environment and depleting its resources. This is a tremendous responsibility. It is difficult to argue that our collective level of wisdom is a match to this duty based upon our current attitudes and actions towards the planet. If we have reached our sapient rift the one glaring fact that stands out and should be a warning signal to all us is this: there is no one to guide us, illuminate our path, or answer our questions. We are alone in this. We either possess the collective wisdom to cross the rift, or we don’t. Our historians will either celebrate our tale in the future, or alien archeologists may have to piece together our story on some future star date.