The Twitter bitches, as I came to think of them, were chirping about drunken encounters and nearly forgotten evenings (of which this was destined to become another in that long list) and feverishly typing on their cell phones. I don't mean to call them bitches, exactly. They were nice enough. But the conversation was a 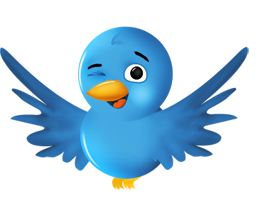 parallel to their texting and tweeting — anything over 140 characters was too burdensome and to be avoided. Seriously, when the conversation is so shallow that you can't retain it in your short-term memory you might as well concede that you are spamming your way through life.

My phone had rung around 8pm on Saturday evening. It was my buddy Sean. He was halfway to being drunk and wanted me to join him at a local bar. Mostly, he was looking for me to keep him out of trouble. He said he was with a couple of friends and that there were a couple of girls along as well. I told him I'd be there in about a half an hour, figuring it would be more entertaining than sitting at home.

I have lived in Parker for 7 years and never ventured into this particular bar — one of the most popular in town — because it isn't my sort of place. Guys with chew in their jaws, wearing 10 gallon hats and watching Ultimate Fighting on Pay-Per-View — while wearing much too tight Jimi Hendrix t-shirts over their beer-bellies — just is not my thing. Nor are older, overweight women wearing too much make-up and skin-tight jeans, but that's just me. To each his own, that sort of thing. Go for it. I'm happy to sit this one out and watch.

I found Sean sitting with two women who, I quickly found out, are hair stylists. Okay, I thought, it's an evening of utterly meaningless conversation about subjects that are forgotten as quickly as the conversation turns in a new direction. That's not an indictment of hair stylists, well, yes it is. Look stereotypes exist for a reason, don't they. Primarily because they are anchored in truth. I've known several hair stylists who are intelligent and capable of carrying on a conversation with polysyllabic words. But most don't fit that mould and these two clearly didn't, especially given the level of alcohol in their system. (Besides, if you are a polysyllabic hair stylist you are probably laughing pretty hard right now.)

After twenty minutes I realized I was the only one interested in asking questions of the others. I know I'm an inquisitive sort and genuinely interested in the story others have to tell. But one-sided conversations are either a sign that you aren't liked or welcome, or that people just don't have anything to say. Or ... it's just all about them. Given their inebriated state it could have been the latter.

So the Twitter Bitches were feverishly thumbing their phone keyboards and completely disengaged from those of us at the table.

"What in the hell is so interesting that you have to spend all of your time on the phone?" I finally asked one of them.

"My other friend Nancy is supposed to be coming," indignation apparent in her reply.

Then the other chimed in, "It's her boyfriend."

"Boyfriend? Why isn't he here?" I asked.

"Lives in North Carolina," said the one in the long-distance relationship.

"Ah," I said. "So you're texting how much you love him and wish he were here — and you're at home, bored, lying on the couch, no doubt."

"Actually, he's going to move out here. He just has to tell his daughter."

"How long have you known this guy?"

"I don't mean to be judgmental, but have you ever asked yourself what sort of priorities this guy has and what responsibility means to him. He's going to leave his four year old daughter and move 2,000 miles away for a woman he barely knows? I'm only asking because at some point in the near future you're going to ask yourself the same question." And I faked a smile.

My buddy Sean was practically rolling on the floor next to me laughing. "Oh my God, dude. You're crazy. You just met her."

"Right. I know I am. But at some point she will ask the question. I'm just helping her along. Besides, I'm bored."

I looked back to the table, expecting fire and brimstone, but the girls were posting to Twitter or texting someone. The time was up. They had reached their character limit. The conversation had moved. What should have caused her to be angry had simply vanished. Poof. Gone. Only a trail of hair spray and lip gloss was left behind.

The hair stylists ordered more drinks. The band played it's classic rock. Ultimate Fighting still ruled the television. The parade of guys in ten gallon hats and skin-tight Hendrix t-shirts continued. I was in a foreign land. Time to move on, I was thinking.

"Let's go dance," said the hair stylist with the boyfriend in North Carolina. And she took my hand and pulled me and the others to the dance floor.